I was always a little (actually a lot) in awe of Albert, the Jackson patriarch. As a former RAF engineer, business man, councillor, Lord Mayor of Birmingham, Chairman of Aston Science Park and, having been awarded an honorary doctorate by Aston University, he was a man with many impressive titles! He was a huge man, not so much in stature but certainly in personality and presence.

When I first met Ad, I was immediately and warmly accepted into the family. Initially I felt like I should call Albert Sir – that’s the kind of presence I’m talking about. But he was a gentle giant, a kind generous man that I grew to love dearly. He wasn’t one for showing emotion or wearing his heart on his sleeve, and he worked hard to find common ground with his tiny great grandchildren. He often used his walking stick to play with them, poking them, teasing them, making them laugh. 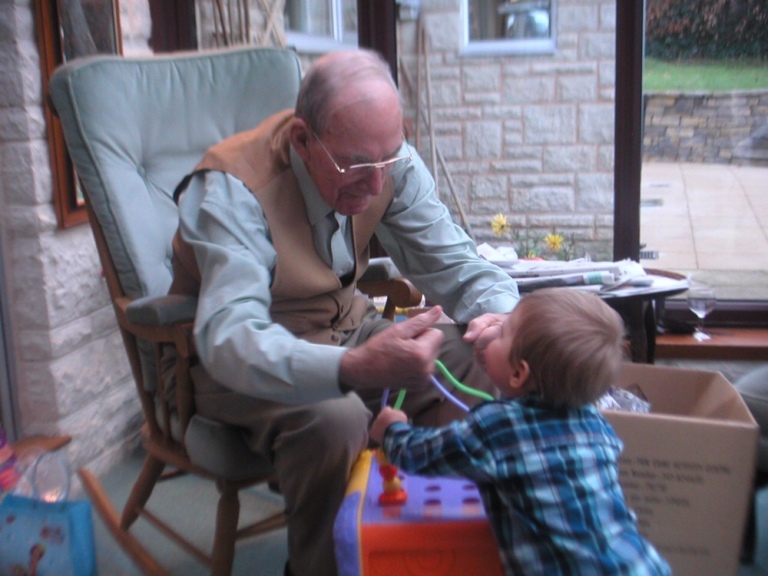 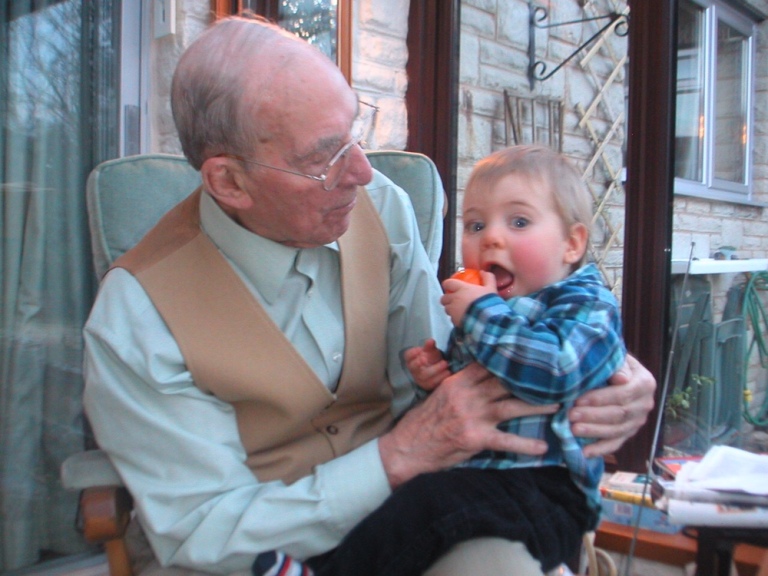 Today, for the first time, we read Albert’s memoirs – well the first couple of chapters of them. Unfortunately he didn’t make too much progress after that. They’ve been stored on his PC since he bagan writing in 2006 and until today have never been read. As his words brought his childhood to life it struck me that these writings were a precious look back into a life, stories told that would have been lost forever had they not been written down. Josh in particular hung on every word and lapped up the stories of Albert’s childhood; learning to swim in the local canal, the jobs he did in his school lunch break, leaving school when his parents couldn’t afford the school uniform. It was a peek into a world so alien to our kids.

So my advice (for what it’s worth) – talk to your parents and grandparents, uncles and aunts. Listen to the tales of their lives; their struggles, trials, tribulations. Their history. Record the stories before they’re lost forever. Get them writing. Maybe even get them blogging!!!