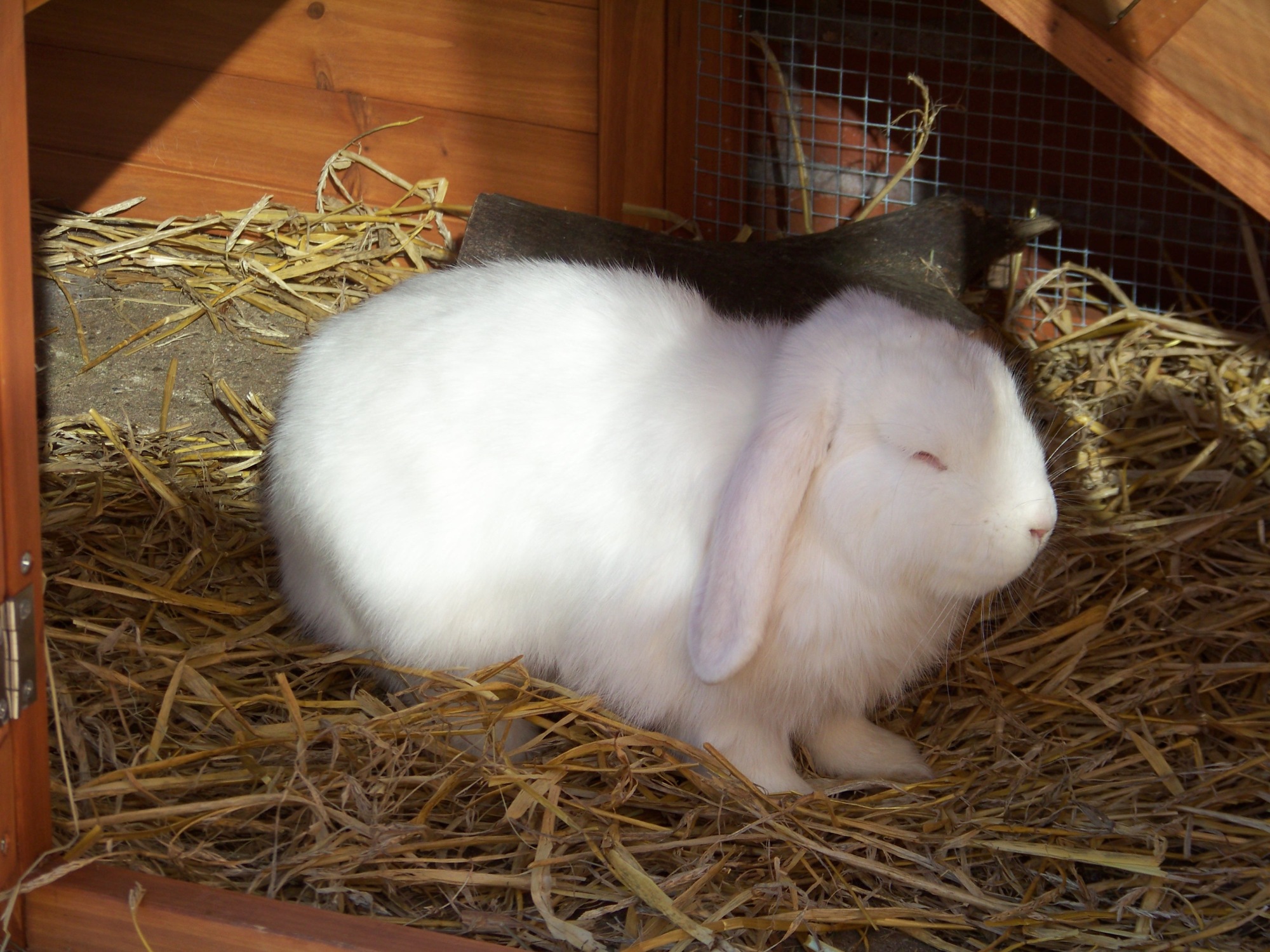 It is a super sad day in the Davies house. Today we lost one of our rabbits. He was 7, had a good life and went quietly in his sleep – for that we are thankful. But there’s no escaping the pain of losing a pet.

Abbie found him this morning. I still remember the horror of finding my dead rabbit when I was a child and I’d hoped that she would be spared that trauma. But history has a habit of repeating itself.

We bought triplet rabbits 6 years ago when Abbie’s nagging for a dog reached fever pitch. The idea was that a pet rabbit would need far less looking after than a dog, wouldn’t tie us down as much as a dog, and we could pass over the care of it to our 8 year old daughter. We fully expected that the novelty would wear off after just a few weeks and we’d be left looking after them. And we’d have a forever excuse to not have a dog; “Well you didn’t look after the rabbit, so what makes you think you can look after a dog?”

We entered into the world of pet ownership with our eyes and hearts open. The plan was to buy a rabbit from a rabbit sanctuary rather than a pet shop and headed over to Fat Fluffs to choose a rabbit and give him a forever home. We were soon put straight though – rabbits are rehomed in (at least) pairs so that they have a playmate. So we agreed, and the new plan was to take 2 bunnies. However, that plan also failed when we spotted triplet boys – they were beautiful, white balls of fluff – and the children fell in love with them immediately. We relented to the pleading and decided we’d go the whole hog and take the 3 brothers. Fizzle, Frazzle and Dazzle (the one with the sticky-up ear) joined our family in 2009. 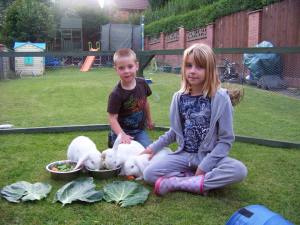 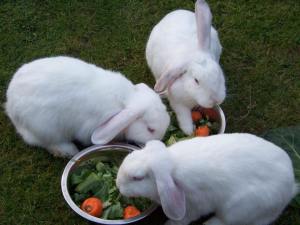 It’s been a bumpy ride at times. The first problem was Fizzle – he was a bit of a bully and kept picking fights with the other two. He was reluctantly returned to Fat Fluffs for them to rehome. The next problem arose when a recurring abscess on Dazzles leg meant numerous trips to the vets and the unenviable bills that made our eyes water. Hundreds of pounds later the abscess returned, attempts to save his leg failed and eventually we gave in to the inevitable and agreed to an amputation. At that point we wished we’d taken out pet insurance!

Our 2 rabbits with 7 legs have lived happily in our garden for 6 years now – and they have gradually claimed our entire garden as their home. The loss of a leg has not caused any problems for Dazzle, although we were fully expecting him to “go first”. The boys have been inseparable – always cuddled up together or chasing around the garden. Dazzle was always the one at the back hobbling along trying to catch up with his larger able bodied, healthier brother, Frazzle. 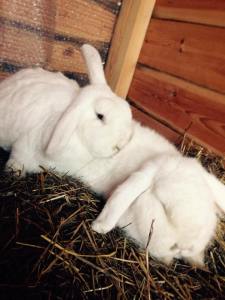 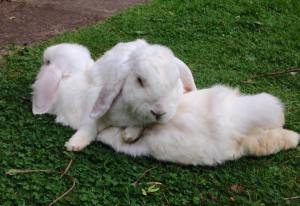 Aged 8, Abbie promised us faithfully that she would take full responsibility for the rabbits. At that age promises last for a few hours, and as each day and then week passed we were waiting for her to give up on them. But she never has.  Day in, day out, in rain and snow, she’s cleaned them out, groomed them, fed them, cuddled them and spent time with them. She has stood by that promise she made as a child. I’ve been so impressed with the love she’s shown those bunnies over the years and it’s been beautiful watching her grow with them. But now we have to watch her heart break and that’s not easy. And I can’t fix this or take away her pain. I know this is a life lesson but I can’t help thinking it’s one she could live without.

Rest in piece Frazzle. You will be missed. 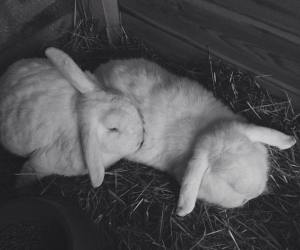