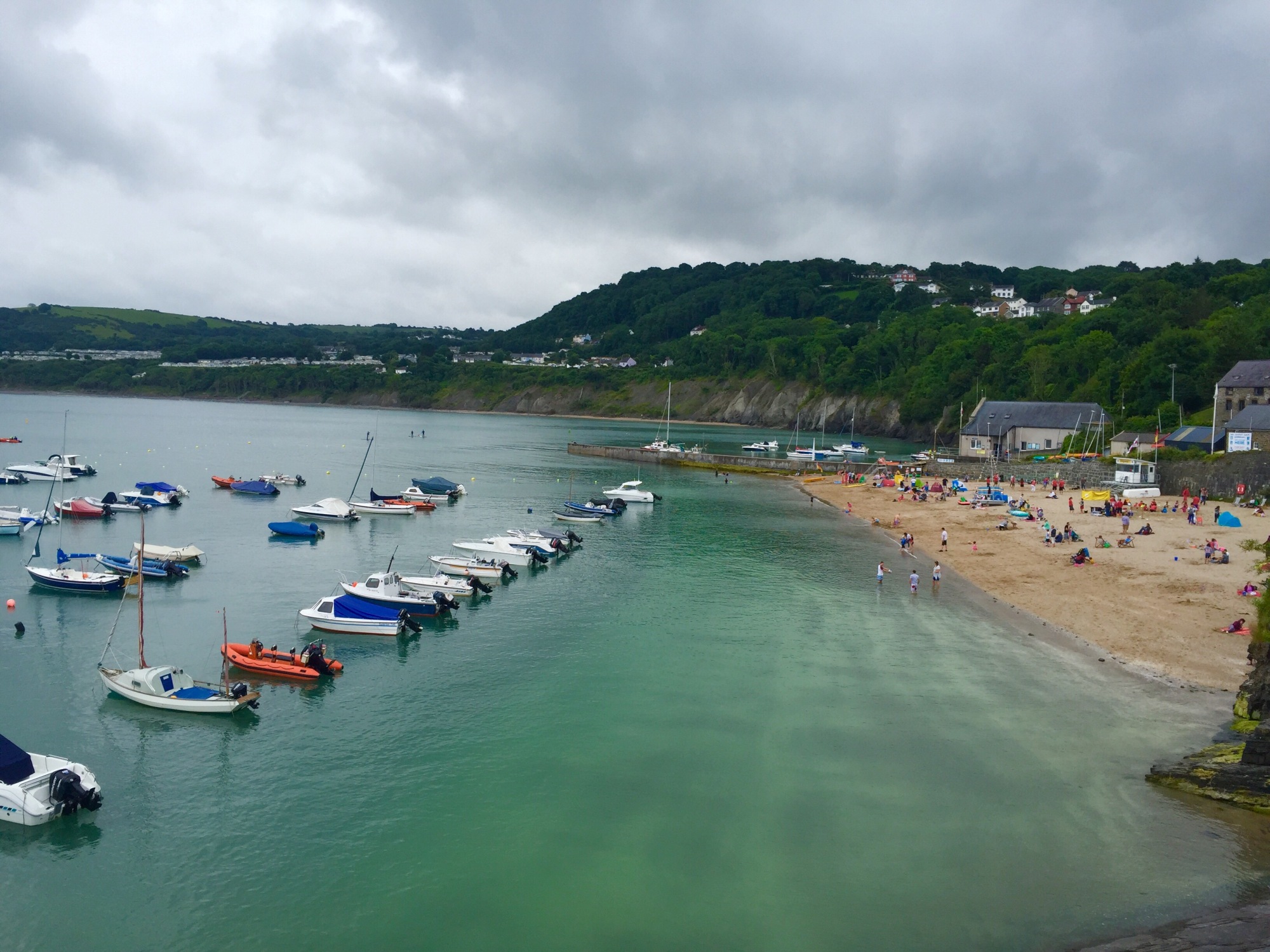 Our last holiday left us all feeling like we needed a holiday – the weather was awful, we didn’t love Lincolnshire and we came home early. Monday morning back in the office left many colleagues wishing they hadn’t asked the “Did you have a good holiday?” question! So this time the stakes were high. Ad chose the location again and we all felt he needed to redeem himself after his poor east coast choice at Whitsun. If you didn’t catch that blog and you’re a bit bored you can find it here.

The week before we left, the UK was basking under a heat wave. We suspected it would break by the time we were ready to head off  (let’s face it UK heatwaves rarely last more than 3 or 4 days)- and it did. But we were never going to be discouraged by a few drops of rain.

Our destination this time was New Quay in Wales. Ad worked out we’d never “done” the west coast of Wales south of Aberystwyth and thought it was time we did. And credit where it’s due – the boy chose well. This part of the coast is littered with gorgeous villages, sandy coves and cliff top coastal paths. Everything we love. We didn’t really have much in the way of sunbathing weather – not unless you like sunbathing in waterproofs. But we had a totally fantastic week – we ate fish and chips on the beach; had ice cream sundaes for breakfast; swam in the sea; watched dolphins from a RIB; walked miles along the coastal path; fed wild horses; watched the sun set over the camp site. Our kind of holiday ❤️ 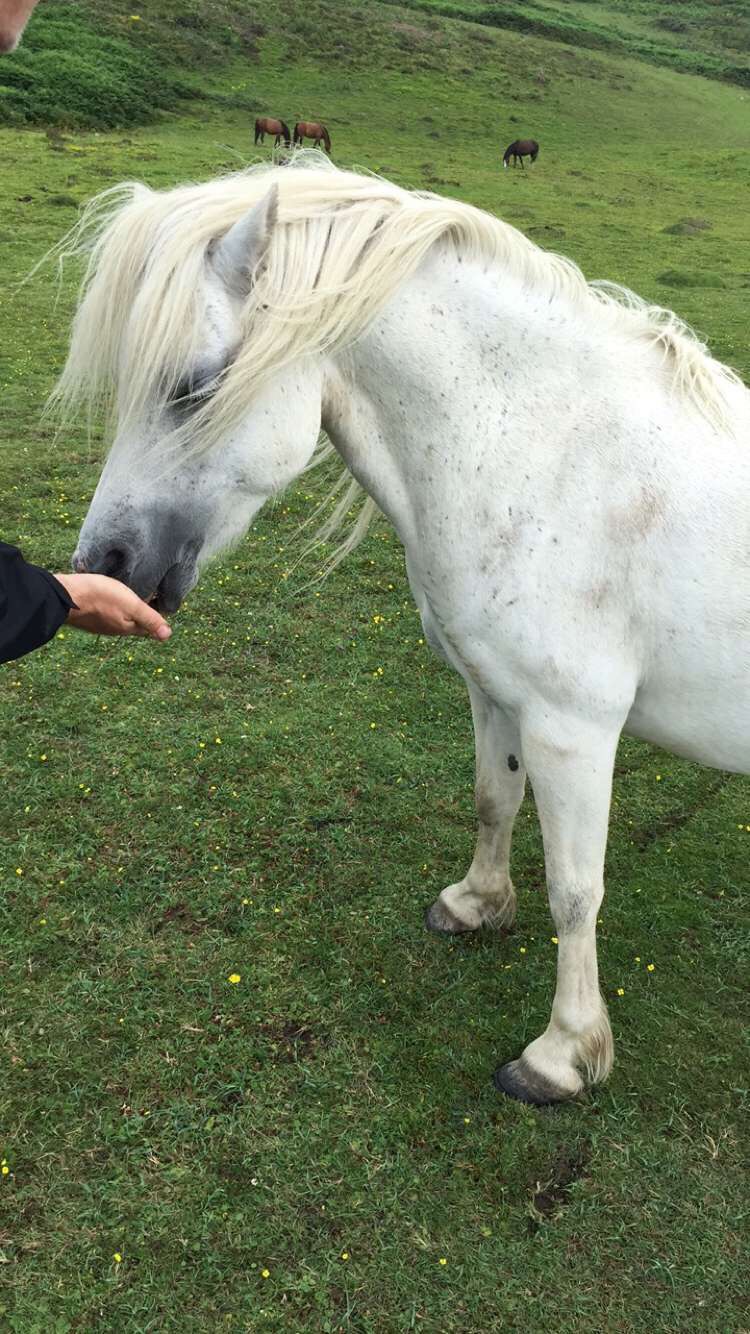 I could talk you through the whole week but I won’t – we’d both get bored. But a few things made us smile so I’ll tell you about those instead.

1. Pokemon Go. This was our first holiday with Pokemon Go. Love it or hate it I’m sure most of you are lumbered with it to some degree. For us it’s Josh that is a tad obsessed. And I think, overall, it’s probably a good thing (at the moment). It’s not without it’s problems – I *may* have been heard reminding him (time and time again) to put the phone away when we cross the road, to put the phone away when we are trying to talk to him, to put the phone away when we are having a meal, to look up occasionally and join in with the conversation. But it has meant that we’ve had no objections to walking and going places. In fact he has positively wanted to go walking – it helps hatch the eggs apparently??!?! We’ve walked miles along the coast path and have (mostly) had happy children too – especially if there was a Pokostop or a Pokogym looming.

2. The Great Escape. I love my daughter. I really do. But she can be such a calamity – it’s widely accepted that she takes after me in this (every?) respect 😂. This holiday was no different to any other – we had the usual bumps and scrapes that are her trademark. But this time she managed to get trapped inside the new inner tent that was her bedroom in the awning annex. The first we heard was a curse of “damn it” followed by a little voice “can someone help me?” She’d yanked the zip closed and pulled it free of the teeth so that she was trapped inside. This was only its second night’s use. To get her out we had to break the zip open enough for her to wriggle out thereby pretty much trashing it. Way to go, Ab ❤️

3. The RIB ride. We had an amazing RIB ride around San Fransisco Bay about a year ago (Bored? Read all about it here). So we decided to try it out again this holiday. In Wales! Now SF it really isn’t and I thought we all might be a bit disappointed with this “adventure” so I suggested that maybe doing just a 1 hour trip was the way to go – but when I came to book there was only one slot which could accommodate all 4 of us and it was the 2 hour ride. So we did it anyway – and I’m so glad we did. Our main wish was to see dolphins – and we did. Lots of them. At one point it felt like they were all around us. So graceful. So beautiful. Amazing. Captivating. We also saw a colony of Atlantic grey seals basking in the afternoon sun. Josh was delighted when the skipper pulled up a couple of lobster pots and handed him first a brown crab and then a lobster to hold. I spent the whole 2 hours smiling. We all loved it. 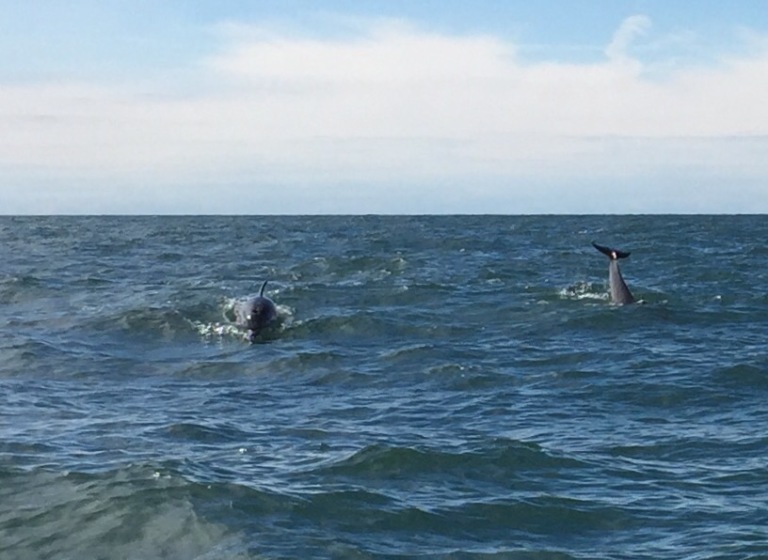 4. The bike rides. Those of you that follow me on Facebook will have seen plenty of holiday photos. You won’t have seen any pics of our holiday bike ride. There’s a very good reason for this. For the last 3 holidays we (as in not me!)  have dutifully loaded all of our bikes onto the roof of our car, driven them miles to our holiday, left them on the roof all week and driven them home again without a butt getting close to a saddle. We always have good intentions but last holiday the weather was too bad and this holiday there was too much to pack in to our week away that we simply ran out of time. Over the week we’ve got used to the bikes collecting branches along the narrow, single track Welsh roads. And we’ve also got used to not being able to park anywhere convenient because we have bikes on the roof and would therefore fall foul of height barriers. Maybe next holiday they will actually get ridden…

5. The wet suit. I secretly suspected that Abbie’s wetsuit may be a tad on the small side this year. But to suggest she may be bigger than last time she wore it would have been more than my life was worth so I just went with it.  It took about 15 minutes of 3 of us yanking, peeling, tugging and tucking to get her into it. It gave us, and others on the beach a good belly laugh. Time for the next size up!

6. Packing up hell. Ok so this doesn’t make us smile. Not even a little bit! The last day of the holiday brings out Grumpy Dad as he dismantles our temporary home. We all feel the fear of packing up day. 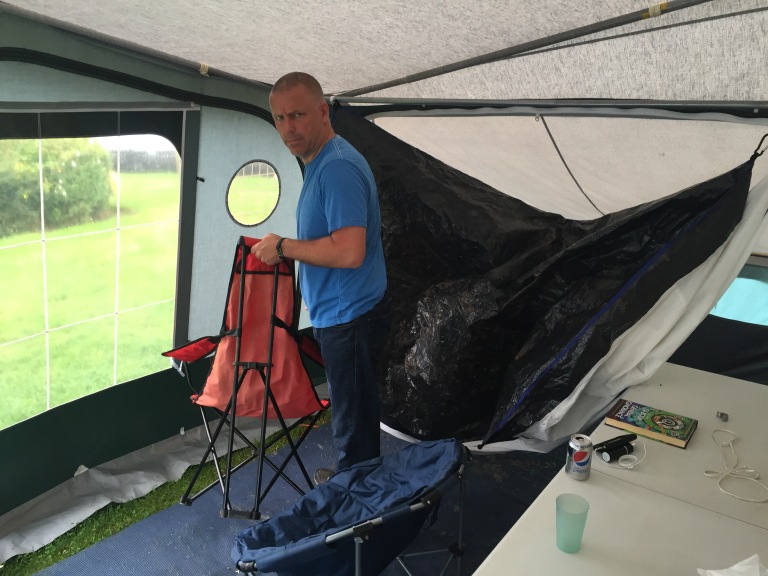 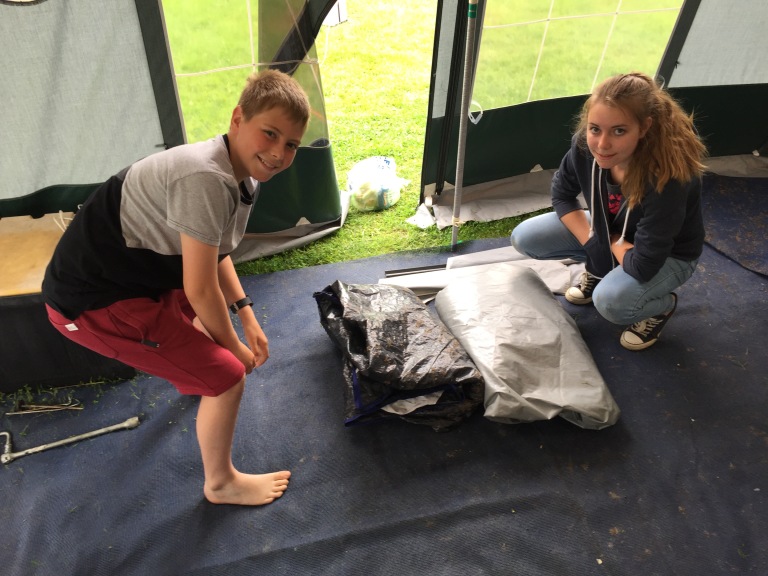 So that’s our holiday over. There’s just the mountain of washing left as a testament to our week away. Can’t wait to tackle that in a few hours!!! 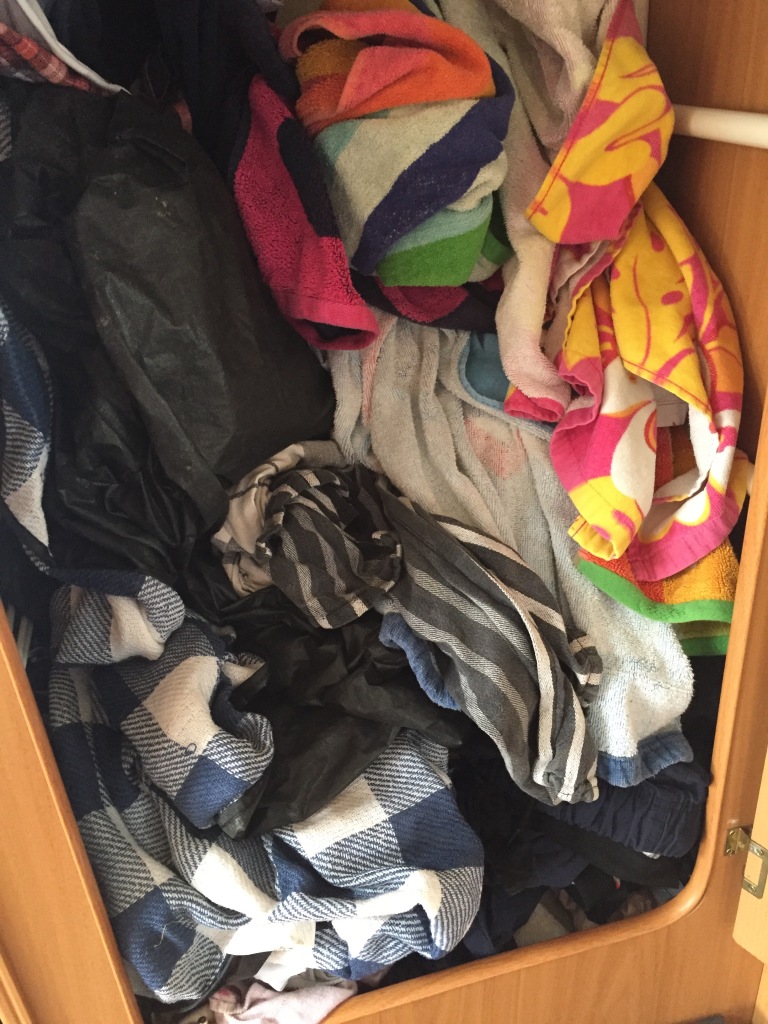 7 thoughts on “Now THIS is our kind of holiday! ”