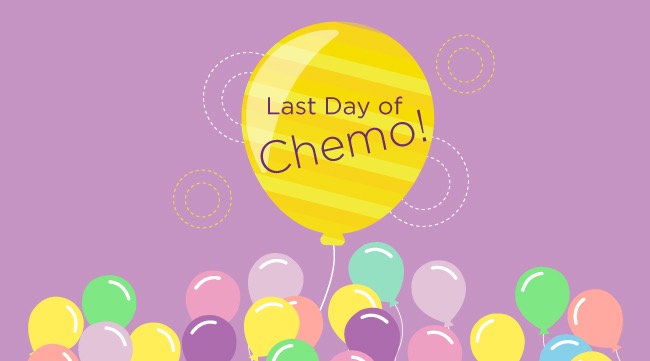 So this is it. My 6th and final chemotherapy treatment. A low neutrophil count almost scuppered plans but fortunately they’ve improved massively over the weekend so we’re on! Phew!

The last 4 months have been long and often tough – but nowhere near as harrowing as I was expecting. I will always be thankful for that. But my veins are now starting to object to the poison so it’s just as well this is my last infusion. It’s taken 3 attempts to get the cannula into a useable vein. They’re also being irritated by one of the chemo drugs. To be honest I’m starting to object too – part of me wants to rip out the cannula in my hand, stamp my feet, scream and shout. Like a toddler having a tantrum. I just don’t want to do this again. 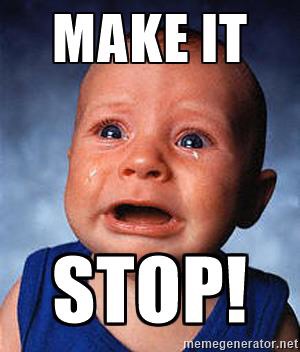 Cycle 5 also bought me a couple of new, albeit transient, side effects which were the first signs of peripheral nerve damage manifesting as tingling and numbness in my fingertips. It was mild and only lasted a few minutes but I can expect it to be a bit worse this time. My body really has taken enough abuse now.

But despite hating going through this and being desperate for it to be behind me, I’m also apprehensive about ending the treatment. Because as savage as it sometimes is, it has been protecting me now since February and I’ve felt safe. I’m not sure how I will feel without it. When I think back to January, before treatment began, I spent a lot of time terrified and feeling helpless. I don’t want to go back to that place. It was dark and scary.

But it’s time to reclaim some of my life now. I want Ad and the kids to have their lives back. We all deserve it. I’ve got through these 4 months by cramming all my living into week 3 of every cycle. It’s necessary – but exhausting. I don’t want to do that any more. I won’t miss the upset stomachs, the sleepless nights, the awful tasting food. Then there’s the hair thing – I desperately want that back. As fab as my wigs are I’m already keen to see them gone. It’s not that they’re uncomfortable, or that I don’t like them. But I do love ditching the wig at the end of the day – it’s a bit like taking your bra off! Liberating somehow. I haven’t  quite come to terms with being bald. I’ve seen others totally rock the no hair thing and look absolutely stunning. I’m not one of them. I just can’t pull it off. I know that I should “brave the bald” and show you all what the real me looks like – but I just can’t bring myself to do it. I’d feel more bare and exposed than posting a naked picture. So for now at least, the bald me stays behind closed doors.

So what next? One of the drugs I’ve been having intravenously alongside my chemotherapy drugs will continue for the next 8 months. Every 3 weeks I will need to come back up to the Garden Suite where I have my chemo to have Herceptin injections. Herceptin is a biological therapy which reduces the risk of breast cancer coming back in those of us diagnosed with HER2 positive breast cancer (which means there are higher than expected levels of the HER2 protein in the breast cancer). HER2 positive breast cancers tend to grow more quickly than HER2 negative ones but foruntately Herceptin is a very effective treatment. It was only licensed for use in early breast cancer 12ish years ago after a huge campaign by a group of women sufferers. For many, including me, it’s a lifesaver. I remember the campaign to get it approved – not knowing at the time that those brave women were fighting for me and many others like me. It’s a sobering, humbling thought.

I will also need surgery. The chemotherapy has done an amazing job and has totally destroyed my breast lump – but the infected breast tissue plus a clear margin will still need to be removed. My lymph nodes will also be taken away. Or at least this was the plan when I last saw my surgeon back in January. I see him again next week to discuss the operation so will know for sure what his thoughts are then. I’m hoping for a July operation and also hoping the British summer arrives in time for me to spend the couple of weeks recuperation that I will need in the garden!

Following on from surgery will be radiotherapy. From what I’ve been told so far this will involve being blasted for 15 minutes every weekday for 3 weeks. I’ve not thought too much about this yet. It still feels a long way off.

In addition to being HER2 positive, my breast cancer is also ER positive (Oestrogen-receptor positive. We can blame the Americans for the strange abbrieviation; they spell Oestrogen without the O!) which responds well to hormone treatment. So I’m almost certainly looking at 5 years worth of hormone medication – probably Tamoxifen.

So there’s still a mountain or 2 to climb ahead but in my mind chemotherapy was always going to be the toughest part of the battle – the long slog, the ravaging side effects, the effect on my physical appearance. But it’s now so very nearly behind me. And that’s exciting. I just need to stay focused on getting through the next 10 days or so and this part of the journey will be done and we can start looking forward to the next step.

Recent events in Manchester and London have made me so grateful that I have a chance to fight for my life. So many aren’t given that chance. Lives have been taken so callously and it was all so instant. Immediate. Cruel. And yesterday, a tragic accident in our village took another young life and another family was wrecked forever. But for the grace of god…. So today I’m counting my blessings because life could be way harder and it is for so many.

Finally, to my family, friends, work colleagues, consultants, nurses, blog readers, supporters from literally all over the world – I thank you all from the bottom of my heart. Each and every one of you have made a big difference to my journey through chemo. I really couldn’t have done it without you. You are all awesome. 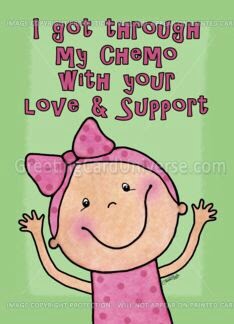